Since its inception, SCELP and our clients successfully challenged many decisions by the Office of Ocean and Coastal Resources Management. Our state's Coastal Zone Management would have had shockingly different outcomes if SCELP did not play the major role it did, especially in its early days.
Support Our Work 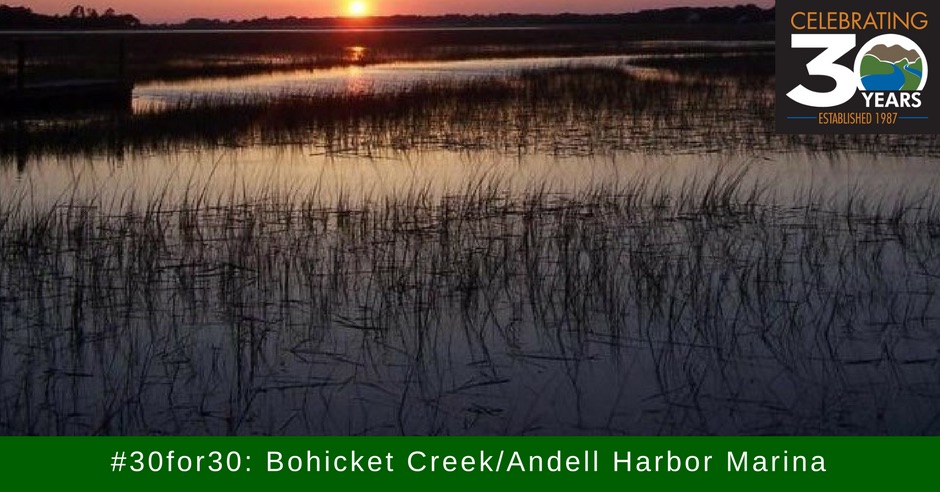 The owner of a large tract of land at the entrances to Seabrook and Kiawah Islands wanted to enhance a development through a massive earth moving operation. SCELP represented the SC Coastal Conservation League (CCL) in challenging the proposed 400-slip Andell Harbor Marina on Bohicket Creek.

East Seabrook Limited Partnership planned to create a marina basin in old farm fields. The marina would have been the largest in the state, connecting to Bohicket Creek by a canal and lock system. Half of the proposed slips were to be rented to the general public and half serve a residential development planned for the area surrounding the basin. Developers asserted that the project would have exchanged little or no water between the basin and the pristine Bohicket Creek.

Bohicket Creek was classified as an ORW ("Outstanding Resource Water"), the highest regulatory designation that applies to waters "which constitute an outstanding recreational or ecological resource." Wetlands would have been dredged and filled to create the basin and entrance lock channel. The marina basin would have significantly alterated the property, and resulting structures and boats would have added new sources of chronic pollution to an ORW. The long-range, cumulative adverse effects of the project would have been substantial.

This was a major victory for South Carolina special coastal resources, one of the many successes shared with the Coastal Conservation League, and one of the many examples of SCELP's impact in its remarkable first 10 years.

In 1994, the Coastal Council (soon to become the Office of Ocean and Coastal Resource Management, or OCRM, within DHEC approved the permit application, and the Department of Health and Environmental Control (DHEC) issued a Clean Water Act 401 water quality certification. On behalf on CCL we filed administrative appeals of both actions.

In 1997, Circuit Judge Larry Patterson ended the developer's hope when he upheld the DHEC denial and overturned the coastal zone permit.