In 1988, after much study and upon recommendation of the Blue Ribbon Beachfront committee, South Carolina enacted the SC Beachfront Management Act. The Act prohibits hard erosion control devices on the beach, because these structures cause harm to the public trust beaches. In 2002 a suit was filed by a developer and property owners challenging the validity and constitutionality of the Act.
Support Our Work 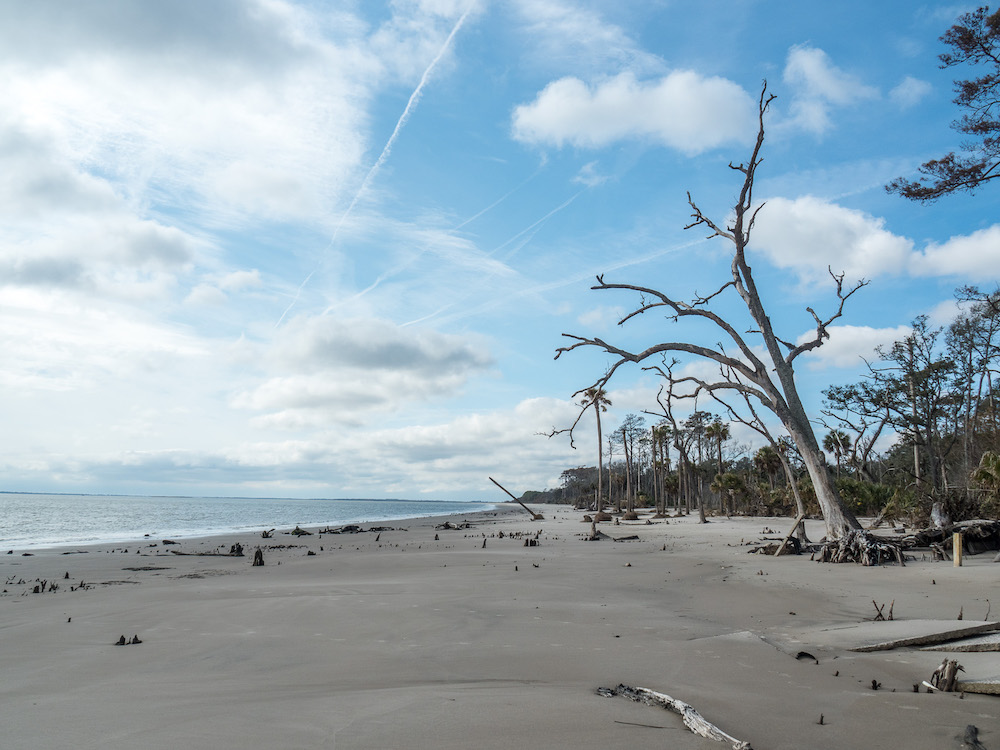 The case involved a suit filed against the State of South Carolina in 2002 by several Daufuskie property owners whose lots were severely eroding. They wanted to build a seawall to protect their houses. They claimed that the Beachfront Management Act violated several constitutional provisions and that the prohibition on seawalls had resulted in an unlawful taking of their property. In June 2002, before we were even aware of the case, a state court judge issued an order allowing the construction of a seawall to protect the houses pending the outcome of the suit.

After we moved to intervene, we spent quite a bit of time attempting to settle the case. The facts of the case did not seem favorable. All of our settlement discussions were unsuccessful and we began preparations for trial. By the time the case came up for trial in March, we were confident that we had an excellent chance of prevailing.

The plaintiffs in the case had asked for a jury trial, and at least some issues in the case were arguably jury issues. On the first day, we selected and empaneled a Beaufort County jury. The trial judge, Diane Goodstein of Summerville, then heard a number of pre-trial motions. When we reconvened the next day to complete the motion hearings and begin the trial, Judge Goodstein allowed the parties time to talk settlement. Both sides knew that by going to trial we were "betting the farm" on the trial. If the plaintiffs won, the Beachfront Management Act would be gutted. If the plaintiffs lost, they would lose their seawall and possibly their houses.

This settlement maintained the integrity of the Beachfront Management Act.

It took all day but the judge was patient, and an agreement was finally reached. The wall built in 2002 stretched across six lots. Under the settlement, the wall was to be removed from three of the lots. The wall was allowed to remain on the other three lots, and the agreement removed these three lots from the jurisdiction of the Beachfront Management Act. The lots involved in this case are at the southern tip of Daufuskie, and the plaintiffs had argued that the lots were not truly beachfront lots, but rather were riverfront lots and, thus, should not be regulated under the Beachfront Management Act. The settlement accepted their arguments as to three of the lots. An additional three lots, on the river side of the lots protected by the 2002 seawall, were also removed from the Act's jurisdiction. Those three lots had a wall that was built outside the OCRM jurisdiction before the current episode of erosion began in the 1990s.