In August 2015, SCELP filed a case in the Administrative Law Court on behalf of the Coastal Conservation League ("CCL") challenging DHEC’s decision to permit the construction of an 1800-foot timber seawall 2 feet seaward of and 3 feet higher than an existing seawall on Debidue Beach in the private, gated Debordieu Colony Community in Georgetown County. The applicant is seeking to rebuild the seawall under a special proviso in the state budget that was passed after a failed attempt to amend the Coastal Zone Management Act.
Support Our Work 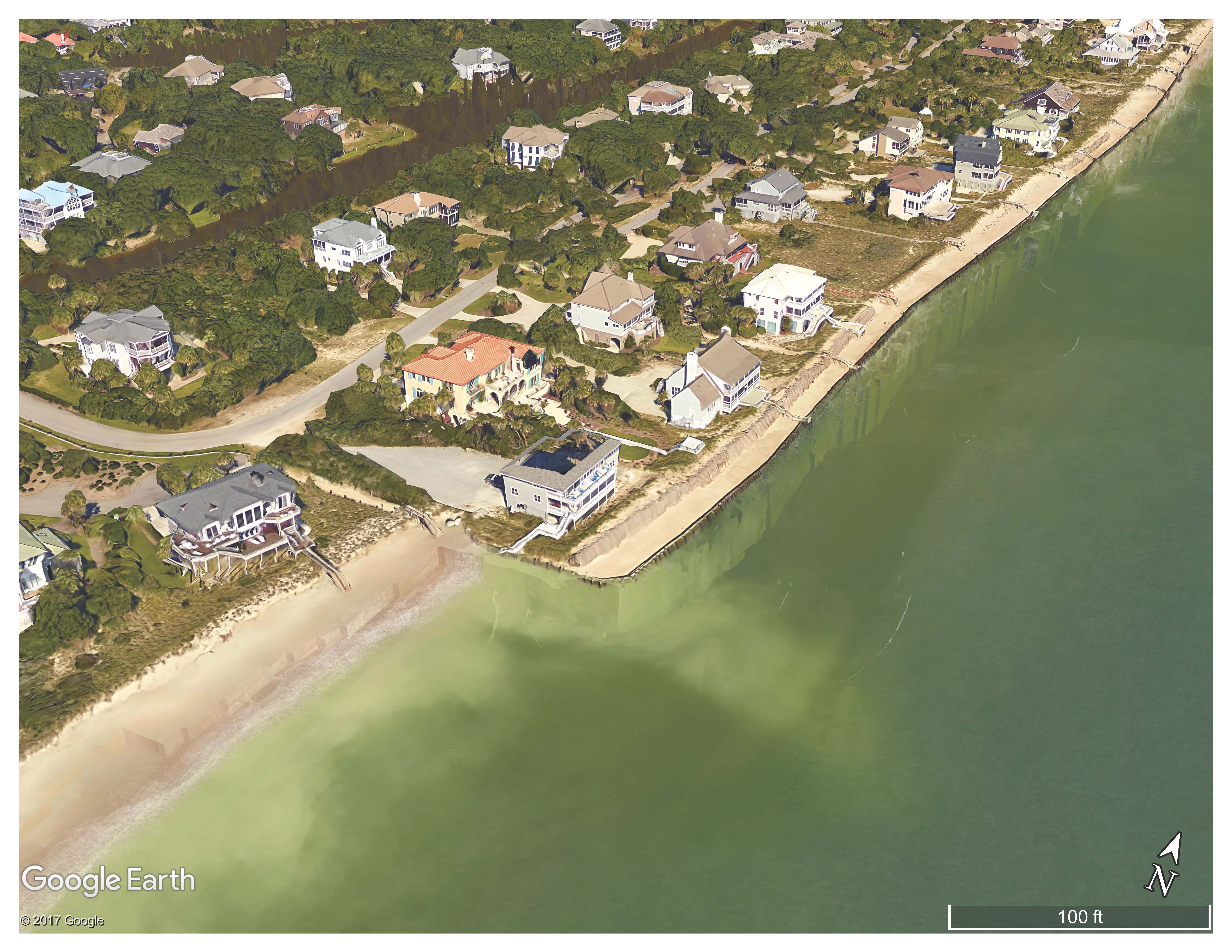 New seawalls seaward of the setback line are illegal under the Coastal Zone Management Act and have been since 1988 because they worsen beach erosion and degrade our beaches. The budget proviso gives Debordieu Colony an exemption from the prohibition on new seawalls.

Creating an exception for Debordieu undermines the law and is contrary to sound coastal science. When a hard structure is built along a shoreline with enduring, long-term erosion problems, wave action beating against the wall exacerbates erosion and decreases or eliminates the dry sand beach. While the houses that were built dangerously close to the coast will be temporarily protected, a seawall constructed even closer to the ocean is not a long term solution and will cause further loss of and degradation to the beach.

The case was assigned to Judge Durden and early on during discovery we realized that this exemption by way of a budget proviso violates the S.C. Constitution’s “One Subject Clause,” which requires that every law can relate to only one subject, and that subject must be expressed in the title. At the end 2015, we filed a Petition for Original Jurisdiction in the S.C. Supreme Court, asking the Court to rule that the budget proviso allowing a new seawall violates the Constitution.

Shortly after that, the applicant filed a motion for summary judgment, asking the Administrative Law Court to rule that CCL did not have standing to challenge the permit, that the ALC is not the proper forum to challenge the seawall, and that the budget proviso required DHEC to issue the seawall permit. On behalf of CCL we filed a cross motion for summary judgment. The ALC agreed that we do have standing and that we can challenge whether DHEC erred in issuing the permit to the applicant, but held the case in abeyance pending the outcome of our Petition before the Supreme Court.

Our witnesses included new Board Director Nancy Cave, also a CCL member and former employee who lives in the DeBordieu community, who testified to her regular use and enjoyment of the beach and her concerns regarding the new wall; Rob Young, Ph.D., Director of the Program for the Study of Developed Shorelines, who testified as an expert in coastal geology, coastal management and policy and the evaluation of structures on the beach; and DHEC staff, who testified that the seawall would result in a loss of dry sand beach and would not be consistent with our state's policy of retreat from the shoreline.

In August 2017, the ALC notified us of a very disappointing decision finding that the Coastal Conservation League did not have standing to be in the courtroom, and even if it did, we would still fail on the merits. In light of significant legal errors on standing (where Judge Durden crafted an artificially narrow and overly stringent exception to the existing rules), as well as administrative law principles governing DHEC's permitting authority, we took this matter to the next level by filing an appeal in the S.C. Court of Appeals.

Soon after our hearing on May 17, 2018 on the constitutional challenge, when Judge Culbertson showed a keen understanding of our arguments but ultimately denied our motion to summary judgement because of the pending standing issue, DBBO asked us to settle the issue and we formalized a consent order on June 13 pursuant to which DBBO withdrew its seawall permit and DHEC revoked the 2015 permit. This led to the dismissal of our appeals on the basis of mootness, which in this case is a major victory for our beaches.