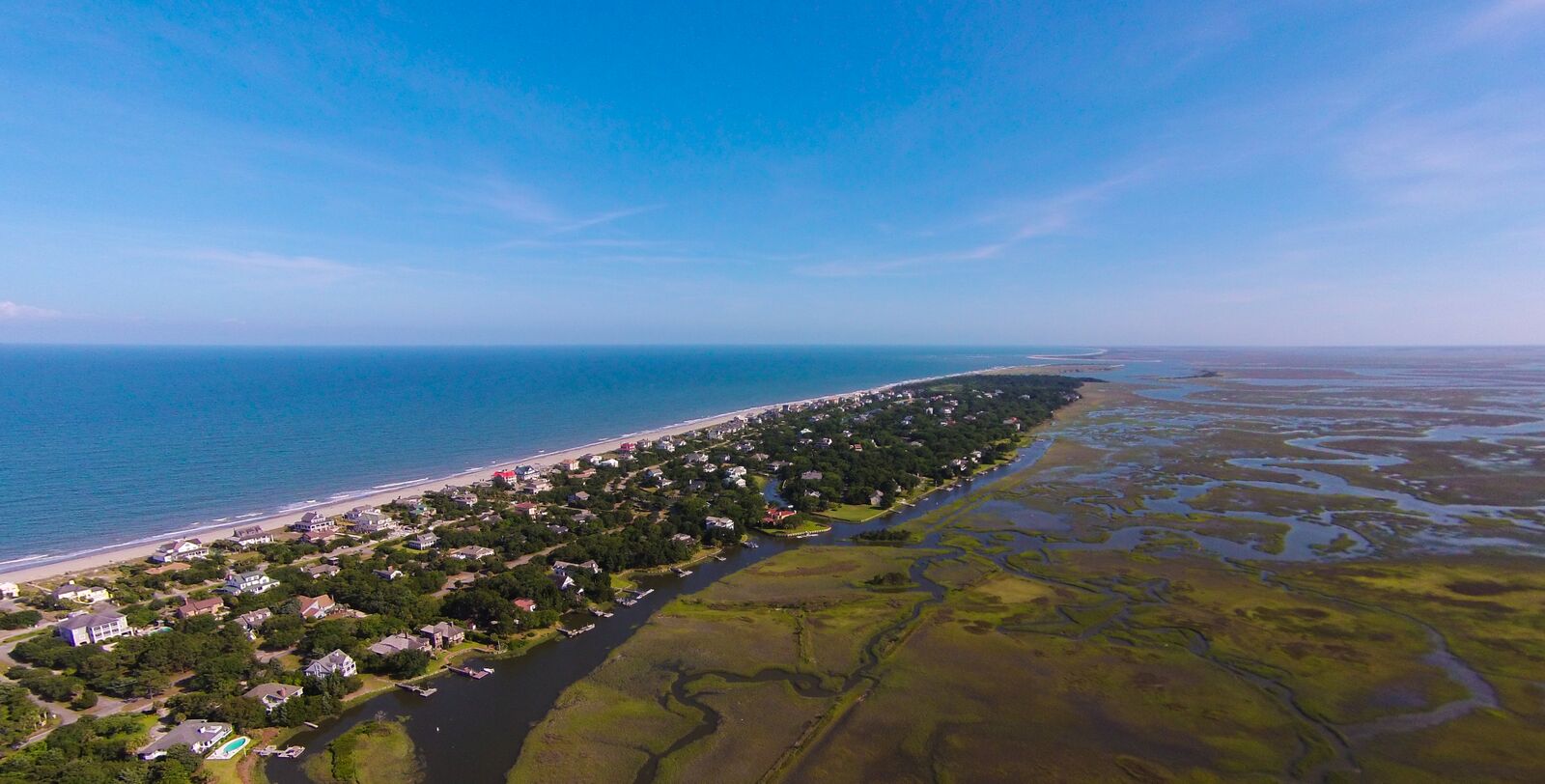 Although somewhat stabilized, the DeBordieu canals had become more shallow from natural silting and sloughing since they were last dredged in the 1970's. Navigation during some tidal stages had thus gotten difficult or impossible in some portions of the canals. The natural processes had created conditions in the finger canals which are very similar to conditions in the ends of natural tidal creeks, such as wetlands and mudflats. Moreover, the DeBordieu canals are part of the North Inlet estuary, a relatively pristine ecosystem composed of a semi-enclosed body of water surrounded by terrestrial areas, with major aquatic connection to the Atlantic Ocean and minor connections to Winyah Bay. In fact, in close proximity to the DeBordieu canals are the Baruch Institute and North Inlet/Winyah Bay National Estuarine Research Reserve. The waters of the canals flow directly into and from the waters of the Reserve.

DeBordieu Colony proposed to dredge approximately 78,500 cubic yards of material from about 15,500 linear feet (16.1 acres) of existing canalsfor the purpose of maintaining navigability for small, private, recreational boats of not more than 22 feet in length during all tide stages. As a result of the proposed dredging, 2,500 square feet (.06 acres) of spartina alternifora marsh would be impacted, along with an undetermined amount of intertidal mud flat.

On behalf of Sierra Club, SC Wildlife Federation, League of Voting Women of Georgetown and others, we challenged the permit and certification on the basis of the significant negative environmental consequences of the project. Notably we pointed out how the proposed project would have: (1) resulted in the creation of pockets of stagnant waters which would decrease flushing and violate State water quality standards; (2) permanently altered the aquatic ecosystem in the vicinity of the project such that its functions and values are impaired or eliminated; (3) adversely impacted special or unique habitat, including the waters of North Inlet and North Inlet/Winyah Bay National Estuarine Research Reserve; (4) adversely impacted research conducted by scientists associated with the National Estuarine Research Reserve; (5) disturbed large areas of public trust waters and negatively impact marine life, including benthic organisms and spartina marshes; and (6) caused the sides of the canal to slough, resulting in the release of contaminants.

After hearing in July and August 1997, ALC Judge Bates issued a long and important order in 1998 where, among other things, he found that modification of the proposed permit to amend or add conditions to eliminate or reduce to an acceptable level the adverse environmental consequences of the project could be readily accomplished. Accordingly he ordered several important modifications, including:

- more limited dredging of some portions of the DeBordieu canals

- no dredging in any of the finger canals.

These and others modifications were calculated to protect the public’s interest in maintaining and protecting its natural resources without sacrificing the primary goal of the project.

Although we could have gone to court to seek an order prohibiting all dredging, we elected to accept the limited permit in light of the significant modification imposed on the project.