The landfill at issue in this case was proposed by MRR Highway 92, LLC, a North Carolina company, and would have been located in the town of Gray Court, a small community in Laurens County. SCELP represented an ad hoc group called Engaging and Guarding Laurens County’s Environment (“EAGLE”).
Support Our Work 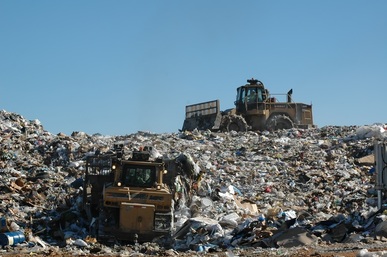 Prior to trial, we narrowed the issue to the question of NEED. The SC Solid Waste Management Act requires a “demonstration of need” for every solid waste management facility. DHEC uses a formula to determine need, and under this formula the landfill is allowed a capacity that includes all of the waste generated in Laurens, Greenville and Spartanburg Counties. The applicable regulation allows DHEC to consider “additional factors” to make a determination of need “on a case-by-case basis,” but DHEC only considered the formula in this case. DHEC did not consider the fact that the three counties have landfills with a combined capacity of around 800,000 tons per year.

We had a trial before Administrative Law Judge Ralph King Anderson, III in July, 2009 and were successful. Judge Anderson overturned the permit, agreeing with us that no “need” for the landfill was demonstrated. MRR appealed, and we filed a cross-appeal to raise some issues the judge ruled against us on - additional sustaining grounds for his decision.

Two fierce and forceful advocates begun fighting this battle. Two men who started their own organizations aimed at protecting our State’s environment – our own Jimmy Chandler and Jeff Nichols, who founded EAGLE. Jimmy and Jeff invested countless hours in preparing this case, and though they were no longer with us to share in celebrating this victory, it was a success that would not have been possible without their passion, dedication and commitment.

The Supreme Court agreed to hear the case and, on March 12, 2014, handed down a unanimous decision that protects citizens from unneeded, unnecessary and excessive landfills, upholding the ALC's Order that had denied the permit.