We won a big victory for citizens’ rights to enforce the SC Coastal Zone Management Act (CZMA) and for the protection of coastal wetlands.
Support Our Work 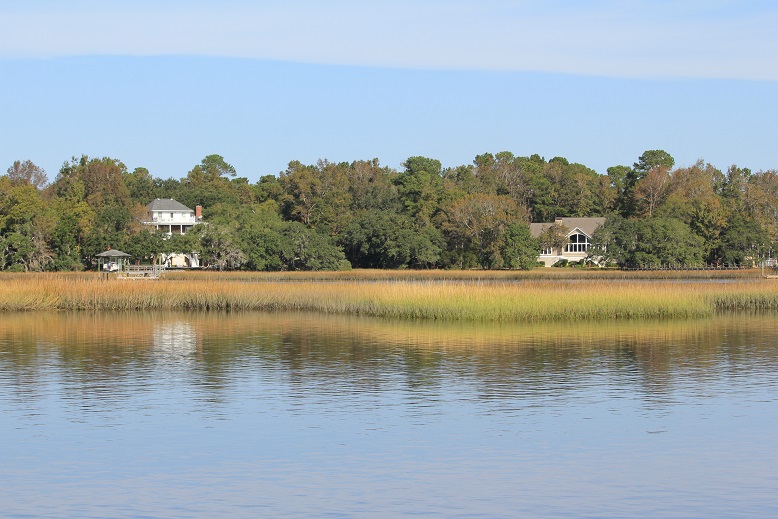 The owner of most of Fenwick Island, Dewey Wise, had obtained a permit from the South Carolina Coastal Council in 1985, allowing the construction of a short bridge across a creek that runs up into the interior of this island in Colleton County. In 2001 and early 2002, the area around the bridge began eroding. Rather than deal with the erosion, Wise tore down the bridge and placed fill dirt in the creek where the bridge had been. The fill dirt blocked all tidal flow to the creek and marsh above the bridge location.

The fill was soon detected by officers of the SC Department of Natural Resources, who reported it to DHEC/OCRM (the agency that replaced the Coastal Council in 1994). OCRM issued a Notice of Violation, but later backed down, and allowed the fill to remain in place without a permit, under an agreement requiring Wise to place three 24-inch pipes into the fill. By avoiding a permit, the fill escaped the type of public notice, public comments, and public hearing scrutiny that the Act requires.

In 2003, OCRM discovered that Wise had added “stand-pipes” to the fill and had put a “trunk” structure in place near the fill, all without a permit. Again, OCRM issued a Notice of Violation. And again, OCRM backed down and allowed the structures to remain without a permit. On behalf of the Coastal Conservation League, SCELP filed suit in late 2003. For over three years, SCELP endured depositions, motions and other legal procedures. Finally, in January 2007, a hearing was held and we won a big victory for citizens’ rights to enforce the SC Coastal Zone Management Act (CZMA) and for the protection of coastal wetlands.

For the first time with this case, an environmental group used a little-noticed provision of the CZMA to bring an enforcement action against someone who has violated the Act. Section 48-39-160 of the CZMA says that the state court “shall have jurisdiction to restrain a violation of this chapter at the suit of the department, the Attorney General or any person adversely affected.”

SCELP overcame a series of arguments against this citizen enforcement action. Ultimately, SCELP prevailed without a trial. The judge granted summary judgment, and his s order granted all of the relief we requested.