After enactment of the CWA, in South Carolina's more urban areas, section 208 planning was delegated to regional councils of government. Between 1972 and 1979 DHEC did no section 208 planning for large portions of the state. After NRDC sued the EPA for not requiring 208 planning nationally, in 1979 DHEC prepared a statewide plan, which was however never updated in spite of section 208 requirement of a continuous planning process.
Support Our Work 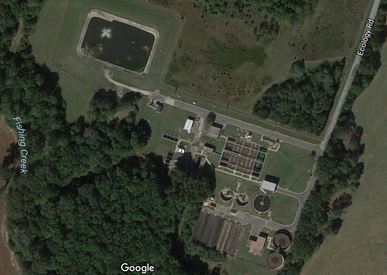 The Fishing Creek Basin Committee, a York county citizens group represented by SCELP, successfully challenged wastewater discharge permits issued by DHEC, in part because of the agency's violation of section 208 planning requirements contained in the federal Clean Water Act. The case had implications for wastewater planning across South Carolina.

When Congress enacted the Clean Water Act (CWA), it required comprehensive planning for wastewater facilities. Recognizing that haphazard siting and construction of public wastewater treatment plants had frequently hampered economic development and threatened water quality, Congress mandated a "continuing planning process". To enforce the planning process, section 208(e) of the CWA prohibits the issuance of a wastewater permit which is not in compliance with section 208 plans.

In 1991, York County began planning to provide public sewer to the western area of the county, including a trunk line from the River Hills subdivision to the City of Rock Hill's sewer plant. DHEC informed the parties about the needed update of the 208 plan for the area, reiterating the need after negotiations broke down between the County and Rock Hill and the county turned to the City of York to serve River Hills 1992. After it emerged that the proposed amendment of the 208 plan had not met public participation requirements, DHEC concluded that an amended 208 plan was not needed after all.

In 1992 DHEC issued permits to allow the City and County of York to significantly expand the city's wastewater treatment plant. The permits authorized the discharge of four million gallons of effluent daily into Fishing Creek, a tributary of the Catawba River. During low flow conditions, this sewage effluent would constitute as much as 83% of the total flow of the creek. Members of the Fishing Creek Basin Committee, concerned that this discharge was harming the creek, opposed the increase citing the lack of 208 planning, problems with the existing plant, and the creek's water quality.

At a hearing in March 1993, DHEC acknowledged that the agency lacked the funds to engage in section 208 planning, but said that the new permits were "not inconsistent" with the 1979 statewide plan. Our client replied that the 1979 plan was vague and failed to comply with section 208 guidelines. An expert witness testified that biological communities downstream of the plant's outfall were degraded, while upstream communities were healthy.

In July 1993, a DHEC hearing officer ruled that the agency had failed to follow the planning process required by section 208. He also ruled that the City of York could not expand its plant until stormwater infiltration problems were corrected and toxicity tests were acceptable.

The City of York appealed the denial, although York County abandoned its plan to pipe River Hills sewage to the city's plant. The appeal remained pending for months but the city did not take any action to have it heard from the DHEC Board.