Jasper Station, LLC, owns approximately 80.0 acres in Jasper County, of which 30.0 acres are “isolated” wetlands. Because the wetlands are deemed “isolated” by the Corps of Engineers, no Clean Water Act Section 404 permit is required. However, a coastal zone consistency certification is required before filling in the 30.0 acres of isolated wetlands as part of Jasper Station’s stormwater permit.
Support Our Work 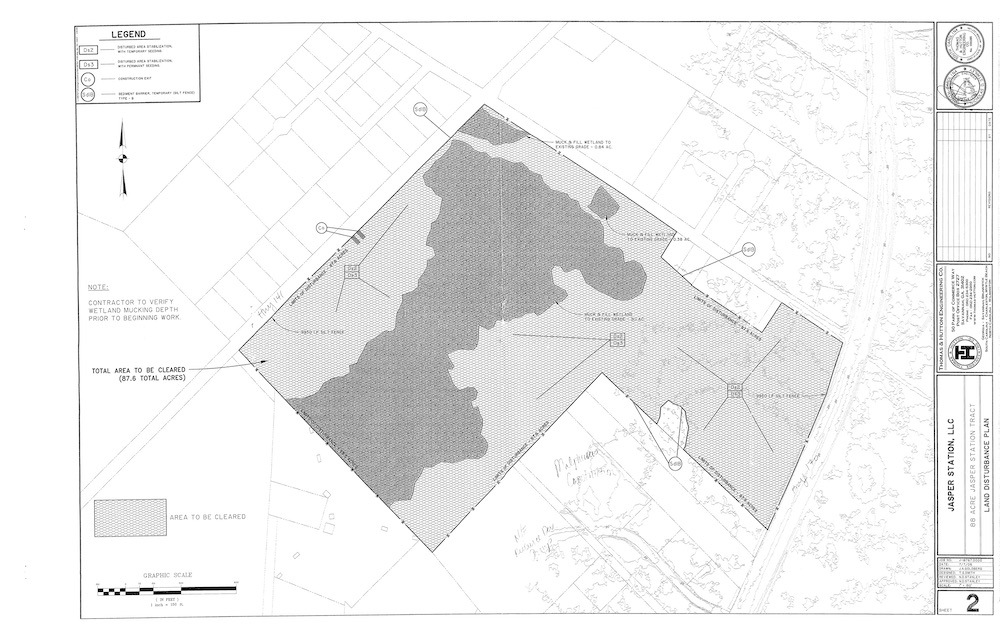 While the permit was pending, Jasper Station filed an action in circuit court claiming that it has a “permit by operation of law” because DHEC did not issue the stormwater permit within 20 days. The 20-day rule says that if DHEC does not issue a permit decision within 20 days, the applicant’s stormwater plan is deemed approved. But there is a caveat: the rule does not give automatic coastal zone consistency certification, which is a separate requirement under the Coastal Zone Management Act.

We filed a motion to intervene in September, 2010, and Judge Mullen granted our motion in December, 2010, but in the end we negotiated a settlement of this case that resulted in the elimination of a significant amount of wetlands impacts.