Appeal of permit for groin construction on Hilton Head Island beach, Beaufort County; in 2001, we won this case in the SC Court of Appeals; however, an appeal in the SC Supreme Court had this decision overruled.
Support Our Work 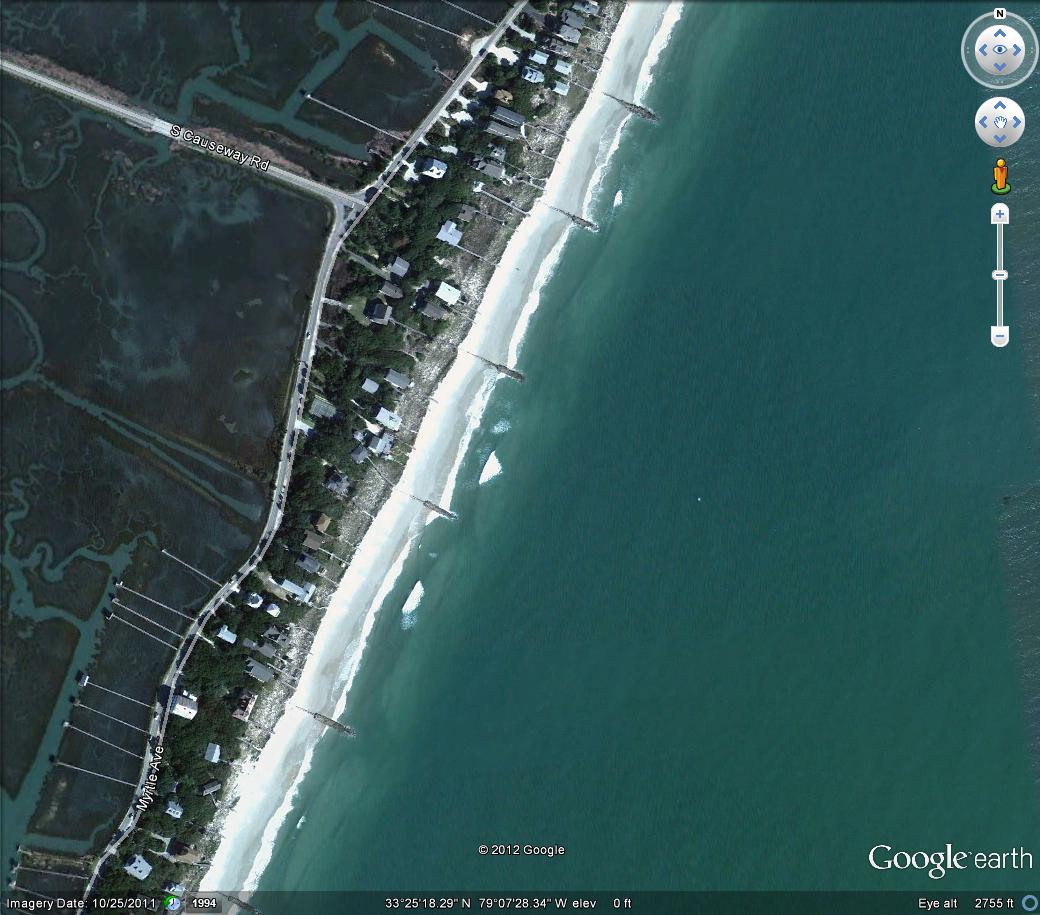 This case began in 1996 when the League and Sierra Club appealed the DHEC/OCRM permit issued to Port Royal Plantation for the construction of four new groins and reconstruction of 17 existing groins at Hilton Head Island.

Groins, like the groin field pictured here on Pawleys Island, are erosion control structures constructed perpendicular to the beach, typically in an effort to protect beachfront houses. Groins work by capturing sand as it moves down the beach through longshore transport; however, in doing so, groins act to deprive the downdrift beaches of sand.

The League and Sierra Club lost at every stage of the case prior to this ruling. The SC Administrative Law Judge Division, the Coastal Zone Management Appellate Panel and the state circuit court all upheld the groin permit.

In 2001, the Court of Appeals ruled in favor of the SC Coastal Conservation League and Sierra Club and overturned the groin permit, concluding that groin construction and reconstruction is prohibited by the S.C. Beachfront Management Act.

In the meantime, the General Assembly amended the Beachfront Management Act in 2002 to allow construction of groins. The case made it to the S.C. Supreme Court in 2003 and the court overruled the Court of Appeals, recognizing that their ruling had no impact beyond this case after the 2002 amendments.