SCELP represented the Coastal Conservation League and the Georgetown County League of Women Voters in challenging a project that would allow dredging of vegetated critical area salt marsh.
Support Our Work 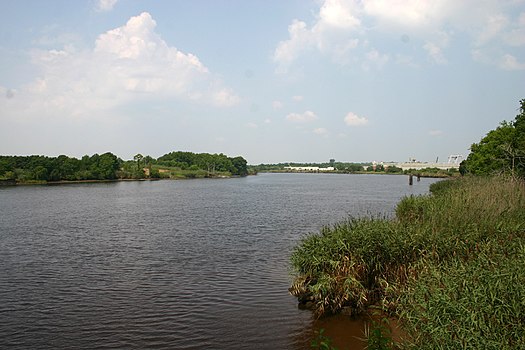 Smith Land Company proposes a private residential development on the Sampit River in Georgetown County, and the state Office of Ocean and Coastal Resource Management (OCRM) issued a permit for dredging of marsh to create a marina basin that would serve to enhance property values. The developer also received a permit allowing an access bridge and three community docks, none of which are being challenged in this appeal.

The amount of marsh that would be dredged is relatively small. But this dredging of marsh is very significant because it represents a departure from OCRM precedent that prohibits dredging of vegetated critical area marsh. Under OCRM regulations, only when there is an overriding public interest and a lack of feasible alternatives is the dredging of critical area permitted.

During the Administrative Law Court hearing on November 21, 2006, the developer and OCRM admitted that there is no public interest or benefit inherent in the dredging to create a marina. They alleged that the public would benefit from permit conditions requiring the removal of a wetland species called Phragmites. But OCRM's expert witness agreed with our expert, Dr. James T. Morris, Director of USC's Baruch Marine Institute, that there was no ecological benefit from elimination of this plant at this site.

The developer and OCRM also alleged that the public would benefit from another permit condition which requires the developer to gather water quality data at a public boat landing that has not yet been built. Neither the developer nor OCRM could explain what the data would be used for, or exactly how this data collection would benefit the public, particularly given that DHEC already has an existing water quality monitoring site adjacent the proposed development.

Testimony during the hearing also demonstrated that OCRM failed to consider any alternatives that did not include dredging to create a marina.

We felt confident that we presented persuasive evidence that would have lead the Administrative Law Judge to deny the portion of the permit that allows dredging of vegetated marsh. Unfortunately, the judge upheld the permit.

SCELP appealed to the Coastal Zone Management Panel. Thankfully, before the panel held the hearing the developer agreed to drop plans of dredging the marsh.