We challenged a Savannah River Site (SRS) permit to dispose of thousands of gallons of high-level radioactive waste in 49 underground tanks, holding millions of gallons of salt waste.
Support Our Work 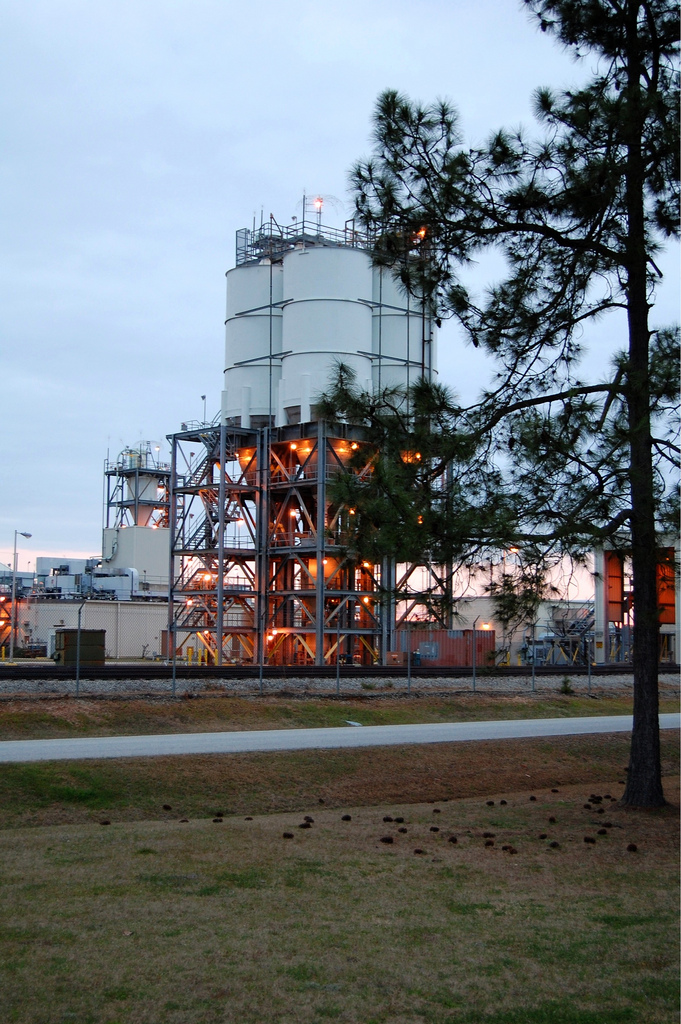 As a result of our permit appeal, we achieved improved disposal practices at the Saltstone Disposal Facility (SDF), which include limiting the amount of waste disposed in the SDF and features designed to ensure that waste does not come into contact with water.

After the battle around the K Reactor in the early years, in 2007 SCELP took action on behalf of the Sierra Club after DHEC approved a permit modification for the Savannah River Site Saltstone Z-Area Disposal Facility to allow a new waste stream, which consisted of hazardous wastes and must be disposed of according South Carolina Hazardous Waste Management Act.

The waste streams at issue, managed in the SRS high-level radioactive waste tanks, contained both highly radioactive and RCRA (Resource Conservation and Recovery Act) hazardous wastes – in other words, “mixed waste.” Once a waste is determined to be a mixed waste, the owner, operator, generator, or transporter of that waste must comply with both atomic energy and RCRA statutes and regulations. DOE and its contractor were proposing to take millions curies of what has been recognized as high level radioactive waste in the tanks, dilute it in the process of retrieving it from the tanks, and then dilute it yet again in mixing it with grout for disposal in shallow land burial. The concept of disposal by dilution of the nation’s most highly radioactive waste had been discarded decades before.

In August, the parties reached a settlement in resolution of the issues. In particular, DOE agreed to: limit the processing and disposal of salt waste treated by the deliquification, dissolution, and adjustment (DDA) process to only that material contained in Tank 41H as of June 9, 2003 (approximately 1.23 million gallons) and associated low level waste streams; construct future disposal cells receiving treated salt waste according to much improved features, including a watertight design to prevent water infiltration during waste emplacement and limit infiltration after closure; equip with similarly improved features any existing vault to be used for the disposal of DDA material, further agreeing that no waste from the Saltstone Production Facility would be disposed of in the remaining three (3) cells of Vault 1 unless Vault 1 is retrofitted with the above features, which would have required a permit modification from DHEC and include public participation.