On May 1, 2015, the DHEC staff issued the first ever authorization allowing seismic testing for oil and gas reserves off South Carolina's coast. Seismic testing can have catastrophic effects on wildlife and marine resources, in addition to opening the door for dangerous offshore drilling activities that would threaten our state’s tourism economy and commercial fisheries.
Support Our Work 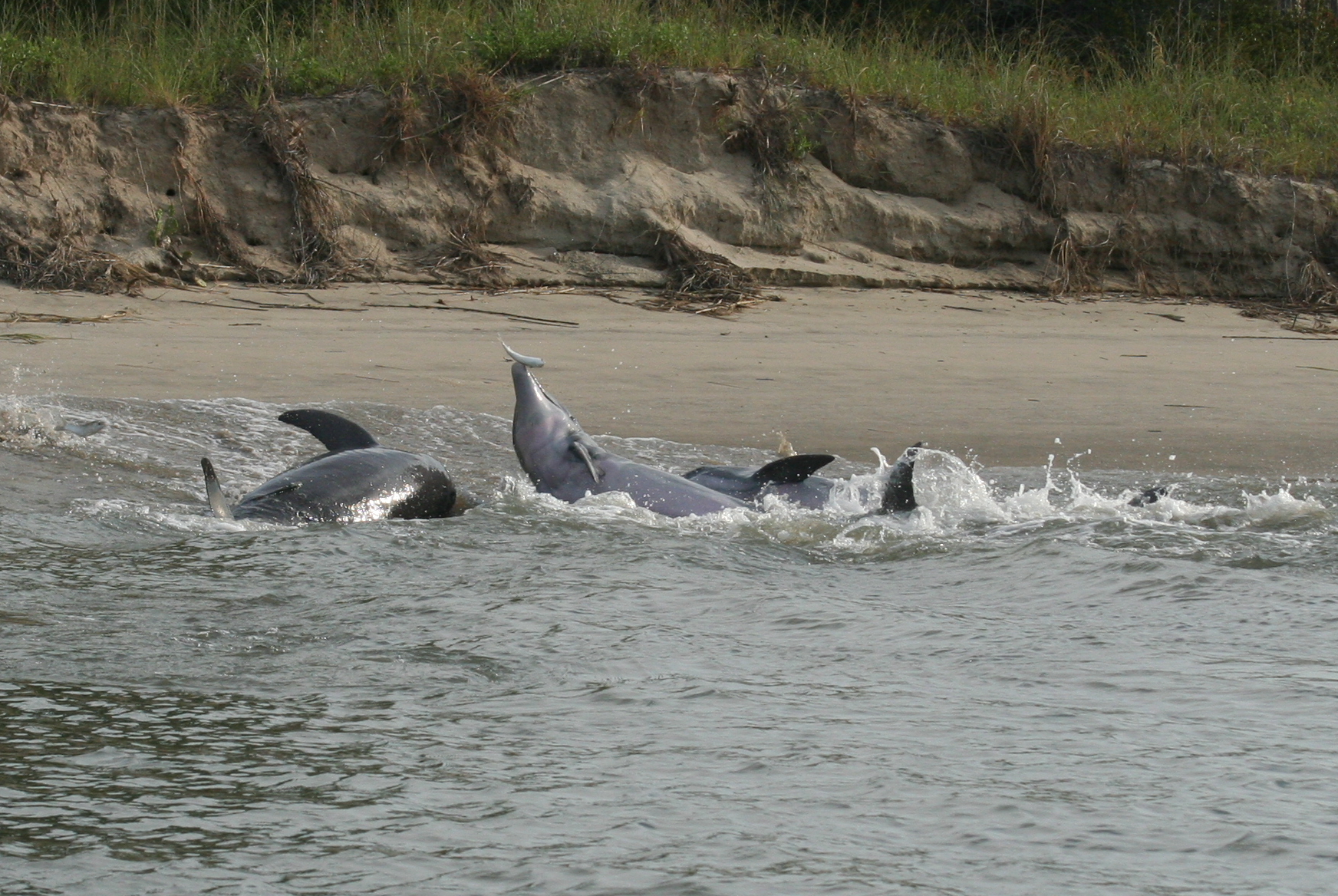 On May 14, SCELP filed a request for review of the staff decision by the DHEC Board on behalf of Beaufort Mayor Billy Keyserling, the City of Beaufort, Charleston Mayor Joe Riley, the City of Charleston, Folly Beach Mayor Tim Goodwin, the City of Folly Beach, the Coastal Conservation League, the South Carolina Wildlife Federation, and Abundant Seafood, LLC, a Charleston-area commercial fish retailer.

In mid-to-late May, DHEC staff authorized two more seismic testing projects, which SCELP likewise challenged on behalf of the same groups in addition to Sullivan's Island Mayor Pat O'Neil and the Town of Sullivan's Island. These seismic survey projects collect data by releasing intense impulses of compressed air into the water approximately every 10-12 seconds. Due to the nature and extent of this seismic blasting activity, the activity will undoubtedly be felt in South Carolina’s waters and coastal zone, which supports an ecologically rich array of coastal resources and a multitude of economic activities related to coastal uses that face a significant threat from proposed seismic testing and the offshore drilling it will facilitate. For instance, the noise impacts that will result from seismic survey projects will dramatically degrade the acoustic environment on which fish, mammals, and other wildlife greatly depend for their survival. Several scientific studies have documented whales in range of seismic surveys discontinuing their vocalization during testing, as well as many other impacts associated with heightened stress such as lessened feeding, swimming, and mating.

The Atlantic Programmatic Environmental Impact Statement (“EIS”) expressly concluded that sound from airguns can affect the catchability of commercial and recreational fish stocks, which could devastate the over billion dollars in economic value to the state that marine fisheries provide. According the the National Marine Fisheries Service (“NMFS”), recreational fishing created over 3,300 jobs, $115 million in income, $307 million in sales, and $185 million in value-added to South Carolina’s gross domestic product. Coastal tourism is responsible for approximately half of a $17 billion tourism industry and the impact of outdoor recreation-related coastal tourism in South Carolina is approximately $7.046 billion, according to DHEC/OCRM.

Yet, despite the growing voices of local communities seeking to protect the quality of the coastal resources upon which our economy relies, especially the 17 municipalities, counties and public service districts who have adopted resolutions in opposition to seismic testing and the offshore drilling it will facilitate, the DHEC Board declined to hold a review conference for any of these requests. We have filed Requests for Contested Case hearings in the Administrative Law Court in connection with all three of the authorizations for seismic testing. We have also filed a motion seeking to have the cases consolidated since they involve similar legal and factual issues and will likely entail the same expert witnesses.

In February 2016 we filed a proposed order denying motions to dismiss our challenge of the state certifications issued by DHEC to 3 different Texas companies authorizing their seismic testing projects. They all filed motions to dismiss claiming the state's role in the permitting process was over. At the federal level, permit applications are expected to be made available for a 30-day public consultation by the end of March, with at least 1 month to consider comments received. Before any final decision is issued, more consultation will be required under the Endangered Species Act (ESA) as well as a NEPA analysis.

In April 2016 the ALC granted the motions to dismiss our challenges. Pressure on seismic blasting has clearly moved to the federal level to get the Obama administration to put a halt on further testing in the Atlantic. Although the ALC decision will not be appealed, SCELP and its allies remain fully committed to fight against off-shore gas & oil exploration.