For over seven years SCELP pursued a citizen suit seeking penalties and correction of more than one thousand violations of the Clean Water Act involving excess discharges of mercury and other toxic substances into the North Tyger River from a hazardous waste incinerator in Spartanburg County. The battle went all the way to the United States Supreme Court before we eventually prevailed, and the incinerator shut its doors.
Support Our Work 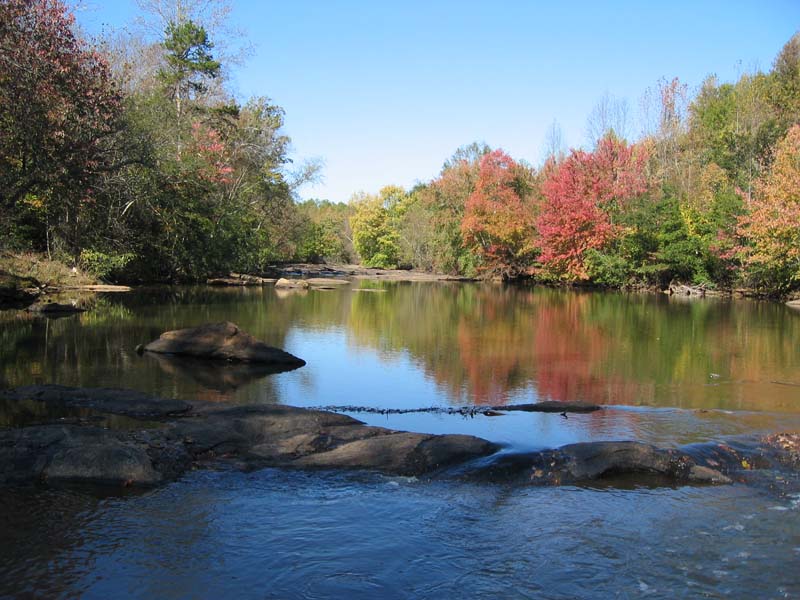 The case began in early 1992, when a review of DHEC records determined that the Laidlaw incinerator was discharging illegal amounts of mercury into the North Tyger River. DHEC data indicated that permit violations had been occurring for years with no response by DHEC. On behalf of environmental groups Friends of the Earth (FOE), Sierra Club, and Citizens Local Environment Action Network (CLEAN), SCELP filed the 60-day notice of the imminent citizen suit, in accordance with the Clean Water Act (CWA). Such notice allowed state and federal authorities to investigate the violations and take enforcement action.

In response, Laidlaw's attorneys drafted both a complaint in which DHEC sued Laidlaw and a consent order which reflected an agreement between the agency and the company. The documents were taken to a DHEC staff lawyer, signed, and returned to Laidlaw attorneys, one of whom drove to Spartanburg, paid a filing fee, and filed the suit in the state court, just to walk to a judge's office minutes later presenting the consent order dismissing the suit. The judge signed the order. It was filed the next day, ending the suit.

When FOE, Sierra Club and CLEAN filed the citizens suit in federal court, Laidlaw immediately moved to dismiss the suit, claiming that DHEC had "diligently prosecuted" an enforcement action, and that the agency's action barred the suit. Judge Joseph F. Anderson Jr. refused to dismiss the case, ordering an evidentiary hearing to determine whether DHEC's prosecution had been "diligent". At the hearing, in the fall of 1993, DHEC staff, subpoenaed by FOE, admitted the circumstances and events surrounding the suit filed in state court. The Judge then sought to determine whether DHEC had properly assessed any economic benefit reaped by Laidlaw as a result of its repeated violations. After hearing arguments, the Judge asked the EPA for its view and the agency's brief, filed in May 1994, concluded that, having failed to give due consideration to Laidlaw's economic benefit South Carolina's enforcement action was "presumptively lacking in diligence."

Judge Anderson ruled in our favor in 1997, fining the company for an additional $405,000 and making it pay for our attorney fees. But in 1998 the federal appeals court in Richmond, VA, overturned his ruling, noting that because Laidlaw had begun complying with the permit, the whole case was moot and should be dismissed.

"This case was the first time I've observed the US Supreme Court. Particularly because the arguments appeared to go well, it was a wonderful experience," Jimmy Chandler said.

The US Supreme Court accepted our appeal the same year. Many environmental lawyers were worried that it had agreed to do so in order to place severe limits on citizens suits, furthering the line pushed by Justice Antonin Scalia and recent rulings adverse to our position. The Court heard arguments in October 1999. Washington, DC attorney Bruce Terris argued the case for our side and did an excellent job. The US Department of Justice made a special appearance in the case and argued in our favor.

On January 12, 2000, the US Supreme Court reversed the Court of Appeals, holding that the case was not moot and also ruling that FOE and the other plaintiffs had standing to pursue the case. The decision ended the recent trend toward more difficult standing tests and made it easier for public interest groups to establish standing in future environmental cases.