SCELP defended six groups and turned this case into an opportunity to gain new protection for Wando River wetlands.
Support Our Work 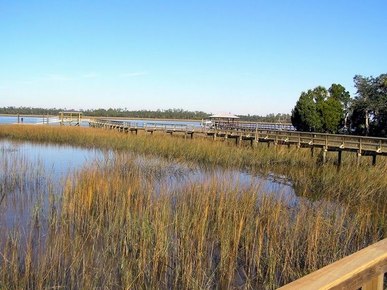 In 1997, we represented 6 groups who were sued by a bankrupt developer who was seeking to overturn part of a 1979 settlement of a suit over the original Wando River port terminal in Mt. Pleasant, Charleston County. We successfully negotiated another settlement that obtained conservation easements along a large amount of waterfront along Wando River and one of its tributaries, Rat Hall Creek.

SCELP defended the groups and turned the case into an opportunity to gain new protection for Wando River wetlands. In return for canceling the 1979 covenant on an 87-acre parcel, the groups received new wetland protections covenants on the 87 acres plus 7 more tracts totaling over 200 acres.