On behalf of Save Folly Beach, SCELP challenged the septic permit issued by asking the DHEC Board of Directors to consider reversing that permit.
Support Our Work 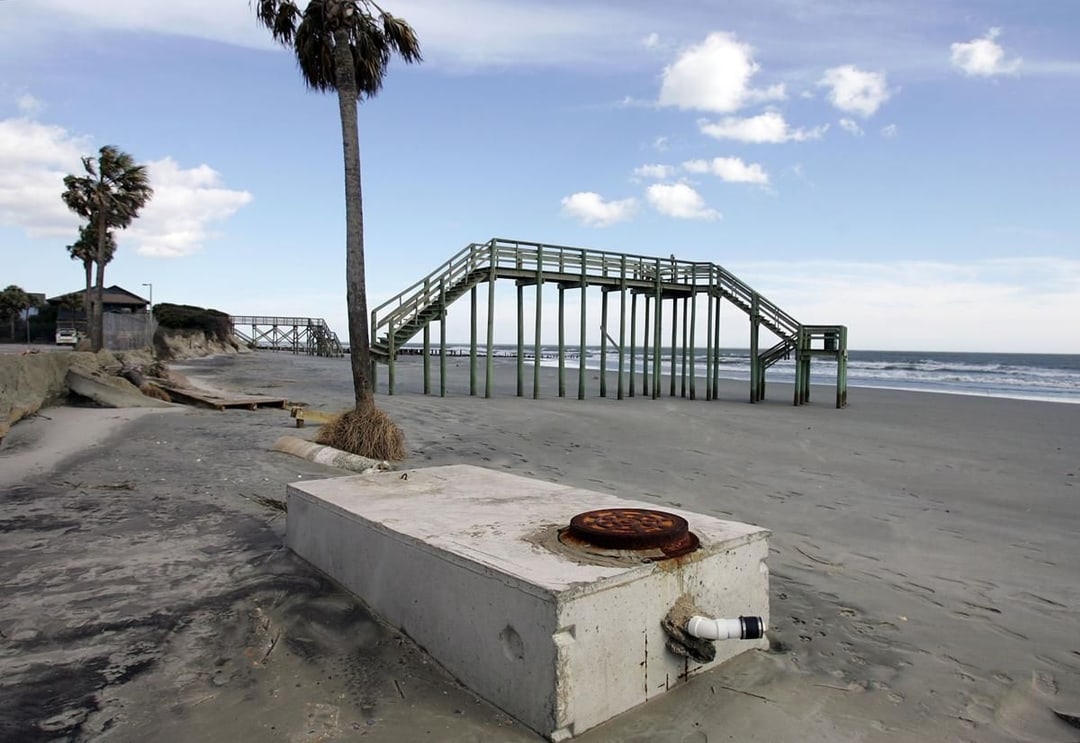 A vision of the future for South Carolina's beaches is playing out right now on Folly Beach. Because of the disruption in sand migration caused by the Charleston jetties, Folly is among the most vulnerable SC beaches to the effects of climate change. In August 2018, a major renourishment project has resulted in as much as ten vertical feet of sand being pumped on to the beach.

Dozens of "superbeachfront" lots were plotted on Folly decades ago. These lots are in front of what is recognizable as Folly's first row of beach houses, and the lots are typically underwater. Thankfully, the City of Folly Beach is considering amendments to its ordinances to curb irresponsible "superbeachfront" development and to protect natural dunes.

Unfortunately, the owner of one of this lots applied for a septic permit so as to facilitate development that would occur entirely on renourishment sand. DHEC’s septic regulations require a 75-foot setback between septic systems and the ocean. A fundamental weakness in this requirement, however, is that DHEC verifies the setback distance only once, and it does that by reviewing a survey from the septic applicant. When issuing septic permits on beachfront lots, DHEC does not consider whether a property has eroded into the ocean in the recent past, or whether more erosion is likely to occur soon. What’s worse is that new, artificially placed sand from renourishment projects can be used to satisfy the setback. Accordingly, the permit was issued on November 20.

On behalf of Save Folly Beach, SCELP challenged the septic permit issued by asking the DHEC Board of Directors to consider reversing that permit. This is also a way to foster the discussion around the fundamental problems in the agency’s system for permitting beachfront septic systems. One obvious shortcoming driving these outcomes is that the DHEC process exempts septic tanks from its usual Coastal Zone Consistency review. Practically any other activity requiring an environmental permit on the coast must also go through a separate review for consistency with our state’s Coastal Zone Management Program. This review is intended to give weight to the unique attributes and value of natural resources on the coast. Septic permits, however, are exempted from this review under DHEC’s interpretation.