On behalf of Friends of Gadsden Creek, we are challenging DHEC’s authorization to fill and destroy one of the last tidal creeks on the Charleston peninsula for a mixed-use development. (Photo of Gadsden Creek and the Gadsden Green Community by Jared Bramblett)
Support Our Work 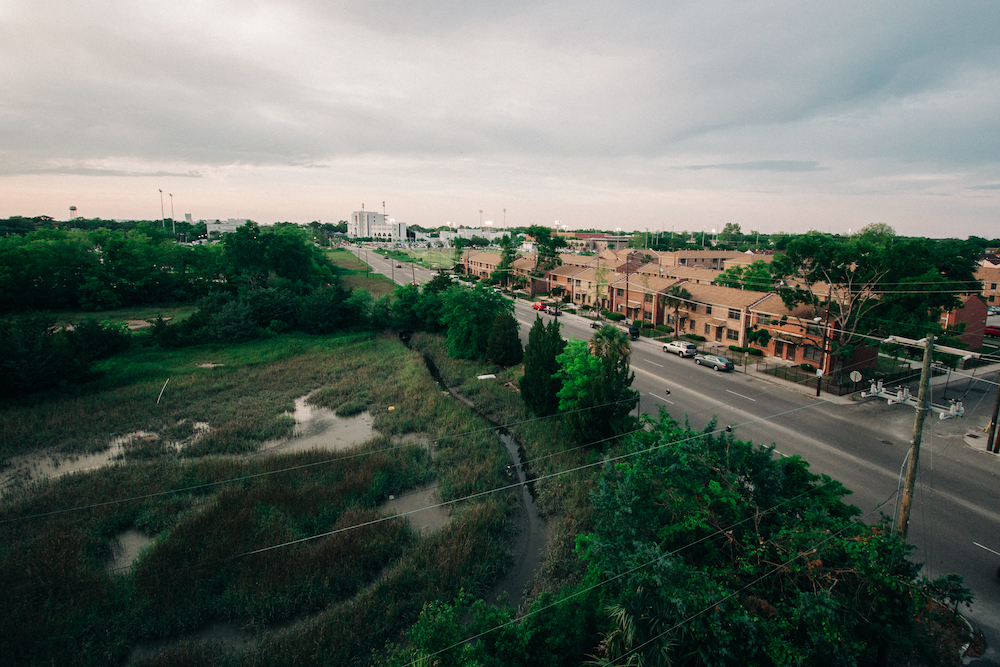 On July 12, 2021, WestEdge Foundation, Inc., a non-profit entity created by the City of Charleston and the MUSC Foundation, obtained a Critical Area Permit and Water Quality and Coastal Zone Consistency Certifications from the South Carolina Department of Health and Environmental Control allowing the filling and excavation of 3.923 acres of critical area tidelands known as Gadsden Creek to increase the already developable uplands to over 30 acres for a residential and commercial development.

In response, on October 1, 2021, we filed a request for a contested case in the Administrative Law Court to challenge this improper and unlawful critical area permit and the accompanying certifications on behalf of the grassroots organization Friends of Gadsden Creek.

“We are alarmed that the state agency charged with safeguarding our precious coastal tidelands issued a permit that allows for the complete destruction of a tidal creek so that slightly larger hotels, condos and office buildings can be built,” staff attorney Ben Cunningham, who is representing Friends of Gadsden Creek in the challenge.

A contested case hearing was held in June of 2022 in Administrative Law Court in Columbia. Judge Anderson ruled on Monday, December 5 to uphold a permit issued to WestEdge Foundation, allowing it to proceed with filling and building over Gadsden Creek, a 3.925-acre tidal creek – one of the last remaining on the Charleston peninsula.

"We are disappointed by the Court's ruling and respectfully disagree with many of the conclusions and analyses," said Ben Cunningham, SCELP staff attorney. "We are glad the Court noted that Friends of Gadsden Creek has some valid concerns regarding the proposed project and also rejected the rationale DHEC employed to approve the permit in the first place."
‍

In issuing the permit and certifications, DHEC ignored the plain language of critical area statutory policies and its own critical area regulations. It also failed to apply the controlling policies of the South Carolina Coastal Zone Management Program document and its water quality regulations.

Among the several policies of the CMP that this project violates, are the following objectives:

- To protect and sustain the unique character of life on the coast that is reflected in its cultural, historical, archeological, and aesthetic values;

- To promote increased recreational opportunities in coastal areas and increased public access to tidal waters in a manner which protects the quality of coastal resources and public health and safety;

- And to protect and, where possible, to restore or enhance the resources of the State’s coastal zone for this and succeeding generations.

This project violates all of these objectives. The unique character of the Gadsden Green area that enjoys Gadsden Creek would not be protected or sustained. The public access to tidal waters would be eliminated. The approval would encourage removal of public trust land and coastal resources rather than inland siting of development that is not water-dependent. Finally, the elimination of Gadsden Creek would remove a coastal resource now and forever so that no future generations could have the opportunity to use and enjoy it. There would be no opportunity for restoration or enhancement once the critical area tideland is filled.

Charleston Must Face its Past for its Future

The City of Charleston used the salt marsh and tidelands in this area as a landfill and received an after-the-fact permit from the Army Corps of Engineers in 1971. However, the City has evidently not complied with the permit requirements to maintain the landfill cap.

The City is aware, as WestEdge and its own study have concluded, that pollutants from the former landfill are arising in Gadsden Creek and have been for some time. Most recently, various pollutants, including mercury, arsenic, lead and others, have been detected in Gadsden Creek in levels that exceed EPA limits.

The City has not cleaned up its pollution or done anything to protect the local community from it and the pollutants arising Charleston’s former landfill on Gadsden Creek are also leaching into the Ashley River.  Despite these issues, as the National Marine Fisheries Service has acknowledged, Gadsden Creek has over the past almost 50 years, provided essential fish habitat and a habitat area of particular concern because tidal creeks like Gadsden Creek provide habitat for several species of commercial and recreational importance like red drum, southern flounder, spotted seatrout and blue crab.  In its comment letter on this project, South Carolina Department of Natural Resources similarly concluded that “[t]idal creek systems provide critical feeding grounds, spawning areas, and nursery habitats for many species of fish shellfish, birds, waterfowl, and mammals.”

Significantly, in the face of accelerating sea level rise, in a City that is already straining under the spiraling costs of overdue capital investments required to handle today’s tidal and storm flooding, the casual paving over of one of the last tidal creeks on the peninsula is at best shortsighted and at worst belies the City’s claims of advancing climate adaptation and resiliency in the third oldest city of the nation.

Friends of Gadsden Creek has long opposed the destruction of the creek. In addition to concerns about flooding, loss of habitat and other aesthetic injuries, the group says the WestEdge project continues an egregious pattern of taking.

“Given the City of Charleston's history of abuse, exploitation, and neglect of Gadsden Creek and the Gadsden Green community, we want to see this creek preserved and enhanced as a public resource and as a marker of history. The revitalization of Gadsden Creek would be but one step in a long path the City of Charleston must take in order to account for decades worth of harm inflicted on Gadsden Green residents and their surrounding natural environment,” the group said.

This WestEdge project is a threat not only to the only tideland that remains for a longstanding African American community that once used the surrounding marshes for a variety of purposes, including baptisms, but to the continued existence of the community itself.

Many decades ago, the City of Charleston forced certain residents to move so that it could pursue other development. Later it created a dump on the doorstep of those who remained and then half-heartedly covered it but failed to keep the trash underground. The trash has become increasingly uncovered and there are concerns about toxins in Gadsden Creek and methane in the area that DHEC has found in “explosive” levels in the past.

In addition to concerns about flooding, loss of habitat and other aesthetic injuries, there is also a fear among some in the community that once the extensive development occurs, which promises to place hotels, condominiums and office buildings immediately across the street from their community, further gentrification will follow.

There is a concern that the public housing that has been in existence for decades, called Gadsden Green, would be flooded and the flooding will be used as an excuse to remove the residents, tear down the public housing and further gentrify the area.

Residents of the Westside community located next to the proposed development have told us they are concerned about an increased risk of flooding due to the addition of expansive impervious surfaces to the area.

The City of Charleston has a duty to its residents to clean up its trash when it pollutes public trust land in their areas. DHEC has a legal duty to follow its own regulations, policies and the controlling statutes. 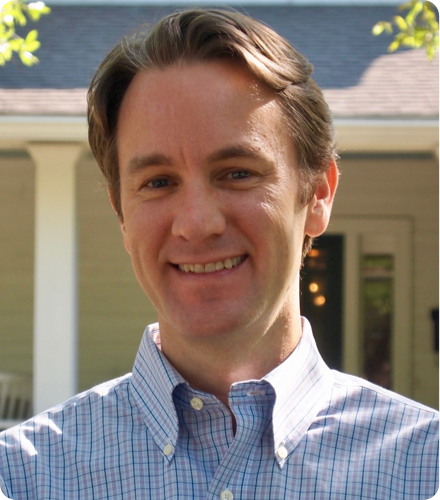 Debate reignites over fate of Gadsden Creek in downtown Charleston

Hearing Set to Begin in the Fight for Gadsden Creek